Signs and Symptoms of Lung Cancer 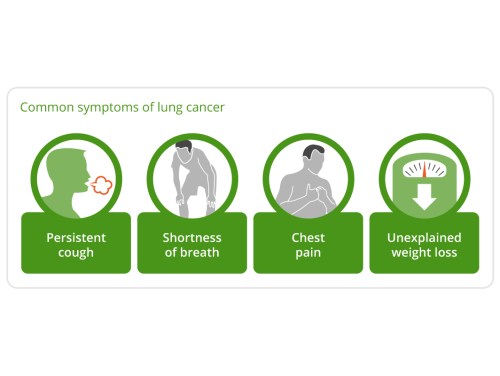 Most lung cancers do not cause any symptoms until they have spread too far to be cured, but symptoms do occur in some people with early lung cancer. If you go to your doctor when you first notice symptoms, your cancer might be diagnosed at an earlier stage, when treatment is more likely to be effective. The most common symptoms of lung cancer are:

If lung cancer spreads to distant organs, it may cause:

Most of the symptoms listed above are more likely to be caused by conditions other than lung cancer.