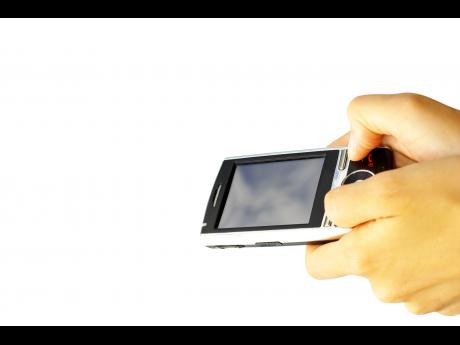 A policeman attached to the Clarendon police division is hopping mad after he was robbed of his high-end smart phone at a church function on Church Street in May Pen last Saturday afternoon. The cop, who is assigned to the community safety and security unit, in recalling the incident, says he was at the function providing logistical support to members of the church. He said he went to the refreshment counter, where he put the instrument down to get a drink. He explained that in the split second that it took him to serve himself the drink, his phone went missing. All his attempts to get back the phone have been unsuccessful.

“I just went up to the refreshment counter to get a drink and put down the phone, and just like that, the phone disappeared,” the cop told THE STAR. “You can see say a one real big church thief that because as soon as the person thief it, immediately, the phone was turned off because all me a ring the number, it just went to voicemail.” He added, “if it was a party I had gone to and them thief the phone there, I could see with that, but a church is the house of the Lord, and the people there are expected to be God’s people, not common thieves and vagabonds.” The angry policeman says the stolen phone is loaded with all of his particulars, including sensitive information, and he is appealing with the person who took it to return the instrument as soon as possible.